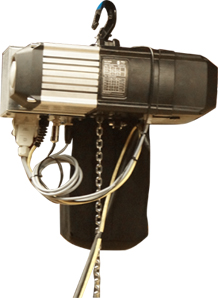 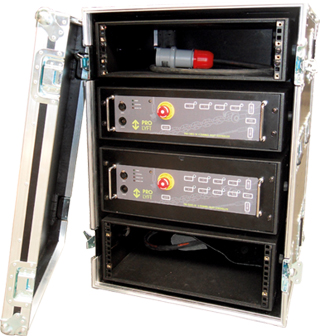 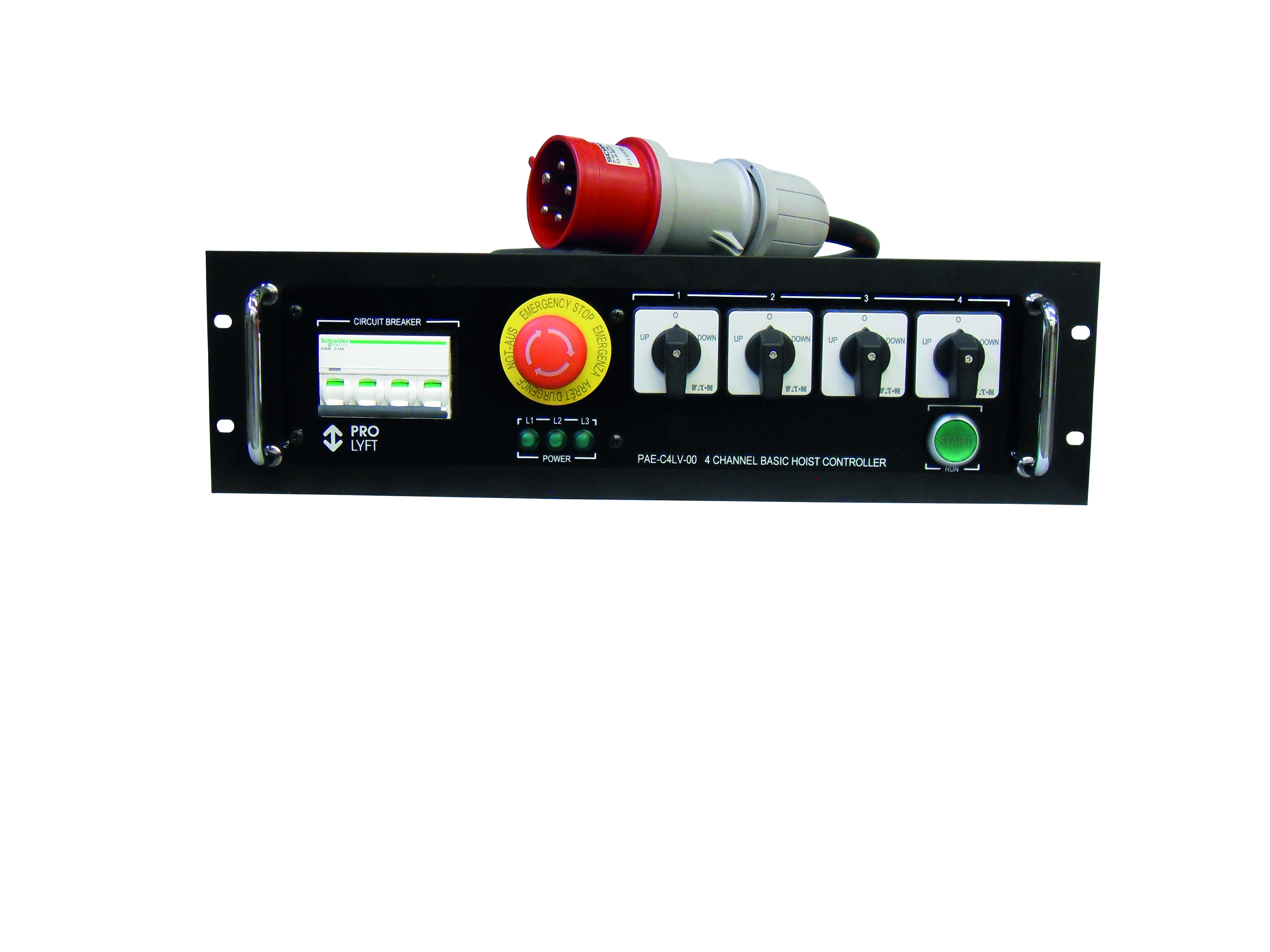 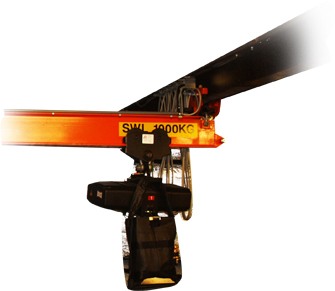 STS developped in cooperation with Prolyte a new low voltage - and direct control 4, 8 and 12 channel networkable riggingbox with control centrally, at the riggingbox and/or at the chainhoist.

There are 3 different central control units:

The 24 channel remote box offers allows control similar to the riggingbox functions such as multi select, bump for 1 hoist from a group and status leds.

A third option is the Composer desk offering an integration with the flywall and show automation.

Less mistakes and safe operation is made possible by the central control offering the operator to view the complete move in combination with the indicators, group control and automatic phase rotation. Also important to mention are the SiL2 Estops which automatically daisy chain to all rigging boxes in the network. Each group of 4 hoists connected to the riggingbox are covered by short circuit and over current protection.

We habe also developped an intelligent networkable chainhoist. Originally developed for the Amsterdam Royal Concert Hall this concept will be integrated in the riggingboxes offering functions like direct control at the chainhoist, visualise weights and the use of barcodes to locate the position of the hoist on screen.

In addition to the networkable riggingbox we have introduced a new base version 4 and 8 channel low voltage and direct control riggingbox. This unit also has a SiL2 Estop with each 4 hoists covered by 10A short circuit and over current protection. Three leds on the front as act as phase indication. After testing the direction of the hoist if needed phases can be easllly swapped in the connector.